I was conceived in a loving union. My parents were thrilled to find out they were going to have a child. My mother delivered me in Georgetown University’s Women’s Hospital just over twenty years ago. Four years later, my brother joined our family in the same manner. But to the leadership of the Catholic Church, our lives were never supposed to happen.

My two mothers decided to have children by artificial insemination, a practice prohibited by Catholic doctrine. Although many have lauded Pope Francis for supposedly adopting a more tolerant stance on homosexuality and gay adoption, the keynote speaker of the Cardinal O’Connor Conference on Life, Cardinal Sean Patrick O’Malley, says that the pontiff should not be understood as changing doctrine: “The church cannot change its views to suit the times,” but must rather work harder to persuade an increasingly unconvinced public that its social teachings are holy and true.

Not only does Cardinal O’Malley not want LGBT folks to conceive children, but he would also rather end all adoptive services than allow gay couples to adopt and care for children. I can say from personal experience that there has not been a single detriment to my life due to the fact that I was raised by lesbians.

I can say that there have been moments where the social stigma around my family’s arrangement has caused disapproval from peers and onlookers — I think my 6th-grade boyfriend (Catholic) dumped me because he found out. But my mothers cannot be held accountable for the weight of society, nor can any other individual.

Mona Charen, another conference speaker, thinks that gays and lesbians shouldn’t be allowed to raise children because male and female parents bring complementary and necessary skills to the table. Children raised by two members of the same sex are deprived. I appreciate the concern, really, but there is no evidence to support her claims. My moms offered my brother and I untold wisdom, and I respect them more for the fact that they faced judgment and adversity about their lifestyle. If anything, my life has been enriched by being raised by people who are more tolerant of others than your average parents.

So, here’s the thing that I can’t resolve about pro-life dogma: Why, on the one hand, are women who get pregnant without planning on it required to give birth, while women who want to get pregnant — despite the odds being stacked against them — are discouraged from doing so? Is it truly pro-life to tell committed and loving unions not to use the means available to them to create a new life?

I cannot reconcile pro-life ideals with bans on gay adoption, IVF, or artificial insemination: all devices with which men and women who have a desperate calling to raise and love children can make their dreams come true. I cannot support a conference hosted by a group of people who believe that my very birth was a sin while at the same time proclaiming to value the sanctity of life. I cannot respect a doctrine that spews hatred toward the first women on the planet who ever loved me. 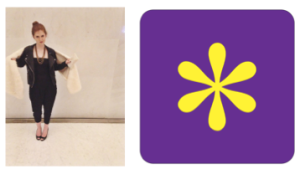 Marilyn Arwood (COL ’17) is a member of H*yas for Choice.